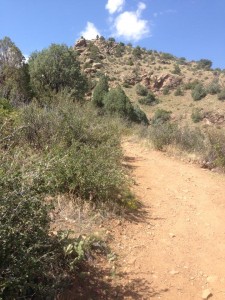 Friend: So did you quit your job yet?
Me: What?
Friend: Well I read your Leadville 100 recap and it certainly seemed like you figured out that was an unhealthy situation.

Damn. I always knew that writing could be therapeutic, but when looked at from another perspective, it can be quite revealing.

A few have asked why I write here … Do people read this? Who cares about what you do? Are you worried about reactions?

To answer those questions … I know people read this. For the other 2 questions: it doesn’t concern me.

I learned many years ago that I can’t go through life worrying about what others think. For one, I can’t control it. I can be me and that’s who I want to be. Granted, I may change over time, but at the end of the day, God made me the way I am for a reason. There are times I alter my behavior in professional environments, but no longer by much. It is scary to figure out who you are and how you work, but in the end, it is healthier.

There are few people I listen to. Most know who they are whether I show it or take their advice or not. I am quite blessed to have family and friends in my life that care enough to remind me to think about me. Honestly, I don’t like to do that because I find it selfish. Even in races when I have a crew, I’m more interested in what they are doing than them taking care of me. For long runs and races, I like to be self-sufficient. No, I never thought I was a control freak, but maybe there is some level of control I want. 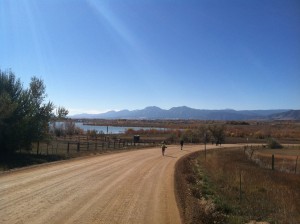 In 2009 I ran the Boulder Half Marathon … and they ran out of water on the course. It was a hot day and the Race Director of this race had plenty of his usual excuses for why it happened. At that point in a race, there is extra motivation to get to the finish line. That’s where you would think plenty of water and resources would be. Nope. They ran out there to. Apparently, spectators were allowed to grab food as well.

Basically, I didn’t want piss-poor management to influence my success any longer. I know run races as if nobody would be around. To a point of course. I would not be able to easily carry enough water for 50+ miles, but I could get pretty close if needed.

So to my friend I say, yes I did quit my job.

It was about mile 34 that I had the epiphany. In an ultra, you hit multiple walls and doubt. For some reason though, I was felling overly negative. It was a constant battle to fight back the angry thoughts in my head. So much of “you don’t belong here” to “you don’t know what you are doing.” It was frustrating and baffling to me as why I was having those thoughts. Sure, it has happened before, but never to this extreme. Hell, I laughed through peeing blood in a race, so why can’t I just pick up my feet and go now?

After hobbling along with pulled IT Band and then blown out quads, it came to me what had changed over the past year. I was not in a supportive environment that was healthy for the way I choose to work with people. In life we have choices. They may not be the most ideal choices, but we still have decisions that can be made. At the end of the day, when there’s a fundamental difference on how to approach working with people, you have to make a decision. 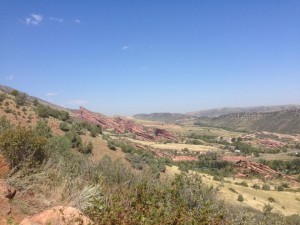 One week after the Leadville 100 I resigned. Two weeks later, I ran 3 of my favorite mountain trails: Mt. Falcon, Horsetooth, and Hall Ranch.

and it felt awesome!

All of the running was done without music. Just me listening to my feet and being aware of the wildlife watching me. It was a reconnecting with the Earth that put life back into perspective.

Making life changes can be scary, but sometimes it is needed so you can breathe again.