Running Strips Away the Guard 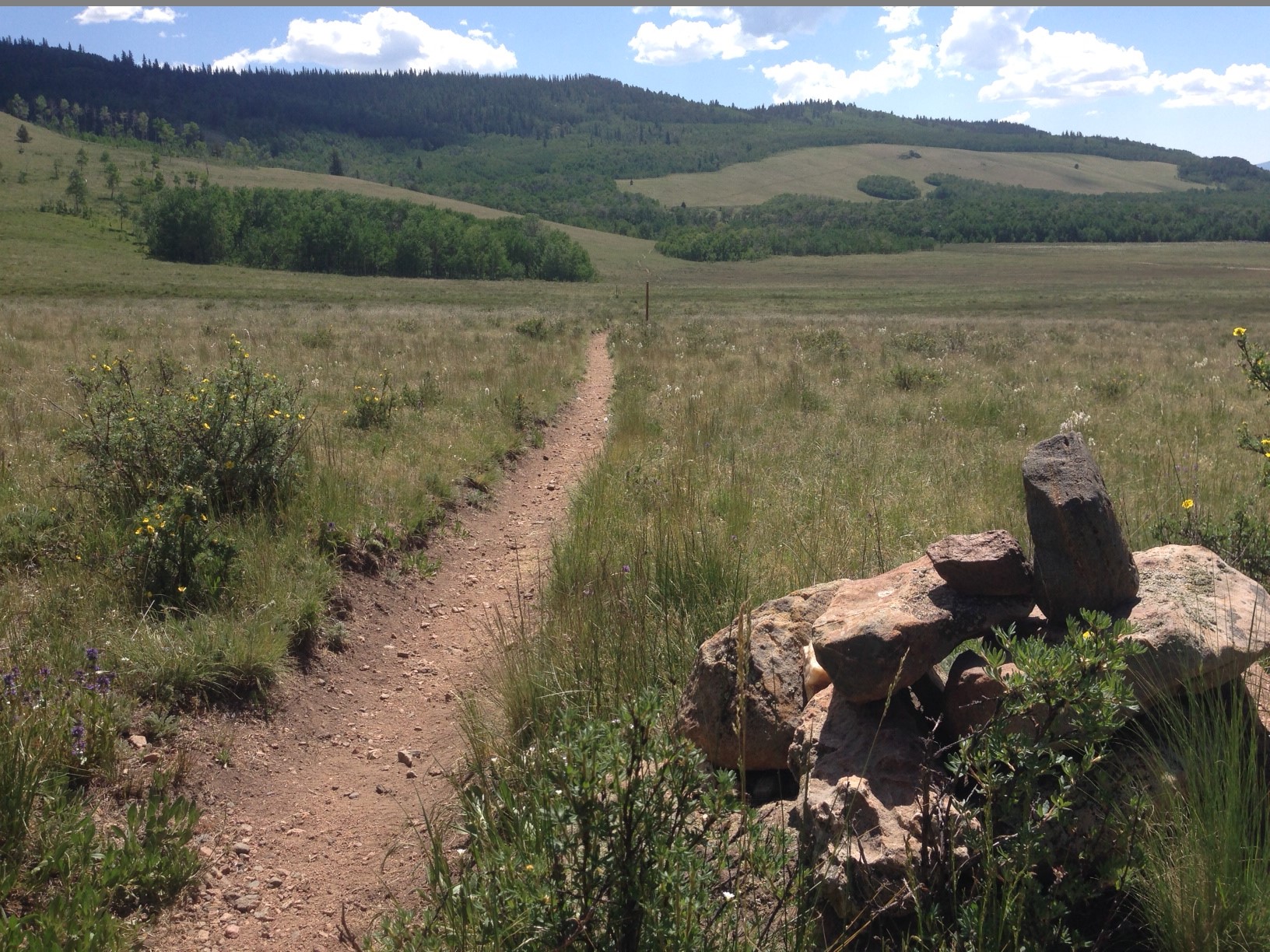 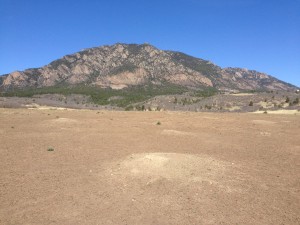 Even in the day job world, we all do a little acting. Some will disagree and say they are blunt and honest. That can be fairly career limiting, but depends on your culture. Some do the act of talking non-stop and being the loudest so they think they are right.

Ultrarunning has a funny way of taking down that acting and the guard. If you want to find out who you are, take a 40-50 mile jaunt through the mountains … in one day. You find out quickly what irritates you and pushes your buttons. Going negative about 6,000 calories makes that internal filter crumble fast. For many, it scares the hell out of them and they never do it again.

For me, ultrarunning has caused some changes. In no particular order here are 5 of them …

1. Intolerance for Time Wasters
You know who they are. It’s the people that seem to need to repeat conversations every day. Talking with them takes a little longer. Not because they’re dumb. Just because they like to fill the air with the sound of their voice. Then, they like to take what you said yesterday that they said wouldn’t work and repeat it today to make it their idea that will save the day. Maybe I’m finally growing up or am more secure with me, but I don’t have time for that crap. Get it done, make a decision, move forward. Bam! 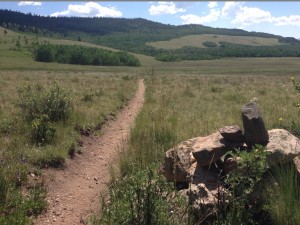 There are days I want to pack up the family and move to a farm in a small town. A little extra distance between the neighbors. Not because I don’t want to talk to people, but because I want the option to not have to. A large wooded area where I can run around, take a snowmobile through, and yell without worrying about bothering someone. More and more I find myself less attached to my phone. I don’t want to know what’s going on at every moment. Believe it or not, it’ll change and the world will forget that big OMG moment. What was the big news last year? Which celebrity got divorced 6 months ago? Don’t know and frankly, there are more important things to focus on. I have been told I’m too quiet and too nice. Again, the loudmouth isn’t always the correct one. Sorry if I’m at a point where I’ve learned to not react emotionally at the drop of hat. That’s something I’ve been working on and can thank ultrarunning for.

3. Closer to God
Now I’m not saying I’m closer to God because at last year’s Leadville 100 I ended up in the Emergency Room. I grew up in church and was quite active in the youth activities. It was probably there I felt the most comfortable. I could be me and not worry about anyone judging me. No matter who you are, what problems you have, or what you did/didn’t do that day, He is still there. Running to the point of exhaustion quiets the mind and provides the opportunity to listen more. I have learned to block out the noise. That has caused some issues in my professional life. I was talking more logically yet at the same time becoming impatient. My more methodical approach was viewed as lackadaisical without care. Couldn’t be farther from the truth.

Before, and many times during, I repeat the verse:

Those who trust in the LORD will find new strength. They will soar high on wings like eagles. They will run and not grow weary. They will walk and not faint.
– Isaiah 40:31

It reminds me that I’m not always in control. Really, I’m rarely in control as there are too many variables. Knowing that He has my back, and that I just need to listen, makes a difference.

4. ADHD Better Control
Sometimes when I run I laugh. Not just because of things I see or a joke someone tells me, but the soundtrack in my head. It’s like listening to a 4 year old that can’t stop talking. Every 10-15 seconds there is a topic change. Music going from White Zombie to Garth Brooks to LMFAO. It is all over the place.

Now, imagine sitting in a windowless conference room for over an hour. If I haven’t run within 48 hours (and that’s pushing it), then I am going to struggle. It takes an enormous amount of effort to keep focused. Normally, I have a notebook with me that I’m writing in. I’m not writing down notes on the meeting. Usually it’s whatever thoughts, questions, or to-dos that pop into my head. I need to get them out to keep things flowing. Otherwise, a traffic jam may occur.

Going to sleep on days I don’t run is a challenge. Unless I wear my mind out, it doesn’t want to turn off. In fact, I actually have a conversation with myself to shut it down.

There are a few tricks I’ve learned to managing it outside of running. I have to recharge the batteries any moment I have. Even if it’s just for 1 minute, sometimes it helps make it to through.

5. Living in the Now & Not Material Focused 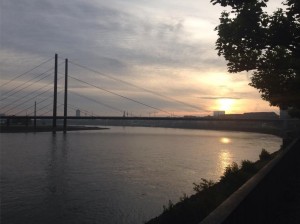 I wanted [enter name of thing you can buy].

It was about what’s next and how can I get more of some stuff. There was a constant need to have acceptance and care of what people thought of me. It was quite exhausting to live this way. The challenge was that I didn’t really know I was living that way. Along the journey of my first ultramarathon, the cloud started to lift from my world. A new feeling of joy and connecting with the world occurred.

From that point forward, my attitude and focus started to change. My circle of friends shifted to more open-minded thinkers rather than those that did things based on what has always been done. I started to look at situations as new adventures. The thought of running over mountains, paddling up river, and going farther brought a smile to my face. Even at work, I was noticing I wasn’t jumping to conclusions as fast and able to put myself in others’ shoes easier.

This led to its share of challenges. People didn’t understand what I was talking about when I expressed excitement for an upcoming 50k race. My not-emotional-reaction to work situations left people wondering if I really cared. It seemed every few months I was being asked why I was so disconnected. I’m not disconnected. It’s called thinking. I no longer believe I need to be the loudest or fastest talking person to prove a point. That’s just not me anymore. I reserve my energy for other aspects of contributing to the world.

My kids will tell you the word that sets me into a mad tizzy: can’t.

Even just typing that words sends a wave of angst up my spine. I didn’t have that feeling before ultrarunning. I was content with just stopping. Now I want to find new places to go.

————
I have a feeling a post for each of these items may be coming in the future. Over the next week, I will be doing a trail run each day. Of course, if kids are sick, I am sick, house needs immediate repair, I get called by a client, or car breaks down. It is on these long solo runs that I notice more. My dog will be coming with me on a couple of those runs, so they’ll be a little slower as I get him back in shape. He’s good to talk to. No he doesn’t speak to me … I’m not that far off the wagon. He does once and awhile give me a look or a nudge. Not sure if he knows what the timing of those mean, but I pay more attention to those signs.

In the end, we are who are. Some say people never change, but I disagree. Otherwise, addicts would still be addicts and kids that steal lunch money would be in jail. Be yourself and if you don’t like who that is, think about it. You can probably figure out what is bringing out a part of you that you don’t like.

The challenge is then making the change.

2 Replies to “Running Strips Away the Guard”