I don’t want to forget last year. With any big mistake, the goal is to make it worthwhile by learning from it. It would be my hope that getting my first DNF here taught a few others a lesson. Test in all conditions and then expect something new. Let’s just say all of 2012 was a testing year. 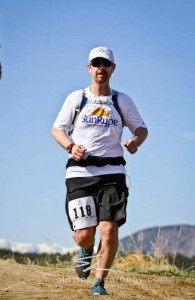 The day before the race I decided to try something new. Hey, that’s better then my usual try something new on race morning! There has been a lot of talk recently about whether or not carbo loading works. For me, I have found that I have hard time sleeping after a pasta-loading dinner. It just sits too heavy in my stomach. This time, I went for sushi. Yes, a bit risky, but I chose a place I had been to before for work events. It was great and didn’t eat more then I should (win already!) followed by green tea. There is always the risk that my body goes into shock because the meal was healthier than donuts.

With alarm clock set for 4a, my goal was to be in bed by 9p. Fortunately, the kids easily went to bed. They know and support my running, so understand the need for rest. My oldest has been participating in run club at school, so he has had a little taste of it. His questions are always most interesting around food, pain, and ability to push forward.

My eyes opened about 3 minutes before the alarm went off. That is always a good sign! I was up and eating chocolate chip pancakes with a cup of coffee before I knew it. I put on my gear, filled the Hydrapak with just water, stuffed in some Honey Stinger Gels (chocolate!) and out the door. Slightly ahead of schedule and enjoying a 2nd cup of coffee for my hour long drive to south of Denver.

I arrived about 10 minutes before packet pickup began. That gave me time to check emails (chuckled at a work one) and take some photos. If there was a postcard to encourage people to live in Colorado, this would be a place for photos. 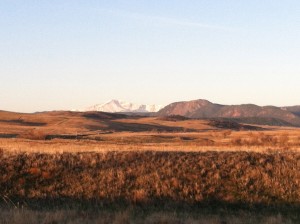 After getting my bib and attaching it, I walked a few laps around the starting area. I ran into a few people I knew, so chatted for awhile, then back into the car to stay warm. 37 degrees is about a 20 degree difference from last year’s start. That’s okay. It is easier to combat cold temps versus hot temps.

I lined up with the group at the starting line, probably a couple hundred of us, and somewhat heard a guy on the bullhorn talking about what was at each aid station. Then there was a 30 second call, 10 seconds, then the siren saying to get moving. The beginning of the course is slightly uphill. That’s a good thing to help prevent going out too fast. That first 3 miles always seems long to me. It’s the warm-up period and fighting back the doubters in my head. For some reason, that voice was still sleeping.

During this first loop, I made a deal with myself (get used to me talking to myself) that I would run as much of the first and third loop as I could. Second loop would do more power hiking and fourth loop just see how I feel. Coming into the first real climb after the aid station I ran 80% of it. Once I hit the switchbacks, I decided to reserve a bit so I could open up at the top.

Loop 2. This is about that time in the race when things could go wrong. Quick body check though said all systems are go. In fact, they were better then expected. Granted, normal pains and discomforts, but overall, recognizing various parts of the course. That is a large improvement over last year at this point in the race. About 2 miles into the loop was a nice little watering hole. Each time going by I kept thinking how my dog would love this course. He’s a great running companion that is easily distracted … just like me.

As I was near the top of the hill, I made a deal with my legs that they would get a nice ice bath after the race. Normally I don’t do ice baths, mostly due to scheduling, but this seemed like a reasonable compromise. My legs seemed to respond as I picked up the knees and did more running uphill. Those are bonus minutes.

Coming into the turnaround to head out for loop 3, I decided to eat more M&Ms and down 2 cups of Gatorade. I made a comment to the guy on the microphone I was heading out for 2 more. As I passed him, he got the crowd cheering for me. What seems like a small thing to a volunteer, is monumental to a runner. 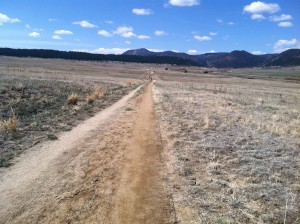 Loop 3. This is where mental of physical comes into play. It’s just over halfway through the race and I’m climbing the same mountain for the 3rd time. Don’t get me wrong, the views are beautiful, but who-cares attitude creeps up. It’s that point where I wonder why I’m walking if this is a race. If you saw me at this point, you would believe I was out for a little hike. In just a few short months I would be going after the big 100 again. Then I started to give myself a pep talk …

Seriously Alex, you are crushing it! 11 minute miles in a 31 mile race? That’s awesome! And dude, you are hitting 8 minute miles down the backside of the mountain. Just get over it and go! 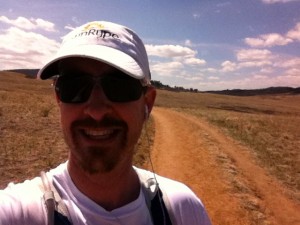 Game on … up and over that hill and flying down the mountain again. Felt good to open up the stride and just coast down the dirt trail. The views all around are spectacular! Just as in life, it is important to remember to look around once and awhile. Take in what you have and appreciate it. All of it can be taken away quickly. Life is too short to always be irritated.

Seeing the turnaround was bittersweet. I knew I had to go back out, but I also knew that it was the last time. Even better then that, I was telling myself I get to do another loop, rather than I have to do another loop. For me, it was a sign of mental toughness being moved up a level. At the turnaround I even tried to get a chant going: One more time! One more time! They seemed as out of it as me.

I waved and said see you in 90 minutes!
Volunteer replied: We will be here waiting.
Hell. Yeah. 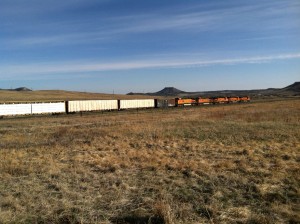 Leaving the aid station for the final loop at mile 23, something new happened. I was about half a mile out when to my left I saw stars. Not the George Clooney kind, but the Tom & Jerry kind. Slight panic strikes. This is how the inside conversation goes:

Did I just see stars? Oh hell no! That’s not gonna happen. Stop that sh*t! You know what? No. Did not see stars. Hey look there’s a train!

Welcome to my brain.

At this point, I had about 4 hours until cutoff to go 8 miles. I could crawl that. But I don’t want to have to.

So at mile 25, I decide to start reeling people in. This is when you see someone, lock on the tractor beam, and close the gap. I really had no business doing this based on my condition, but I did it anyway. And again at mile 27. Then again at mile 29. Stupidity can lead to impressive things. As well as stupid things.

The last mile went by in a bit of blur. That would be due to me running an 8 minute mile to get to the finish line. Again, not the smartest move, but I decided to listen to the voice inside my head that said:

If you run faster, you will be done sooner.

Told you my brain is a bit off.

No matter what, I was flying along compared to the last 2 hours. It felt great! The dead legs were now burning as if coming out of sleep. They knew something was changing and thought they should say hello. There were a few small bumps in the last quarter mile, but again, I see the finish line which means drive through the mental. I would have liked to take a photo, but my phone had been dead for over an hour.

Post-race … thank you thank you thank you for the pizza! Every race should have pizza waiting at the end! Normally I don’t feel like eating, because I screwed up not eating enough during the race, but I was ready to eat now. Good signs.

Here’s the thing about ultramarathons … there are no crowds. This isn’t a large marathon where there are 20,000 people waiting at the finish line for you. There’s about 50 people that either just finished or dedicated volunteers giving their time to see others complete a goal. Sure, you get a medal. The real prize is inside your head. Only you can truly understand what you went through to travel that distance. People will ask you how the race went, and while you can talk about your delusions, dry heaving, or walking, all they will understand is fine. It’s not that they won’t understand, but they won’t get it.

To be an ultrarunner, you have to be comfortable in your own head. Much of that is true in the rest of life.