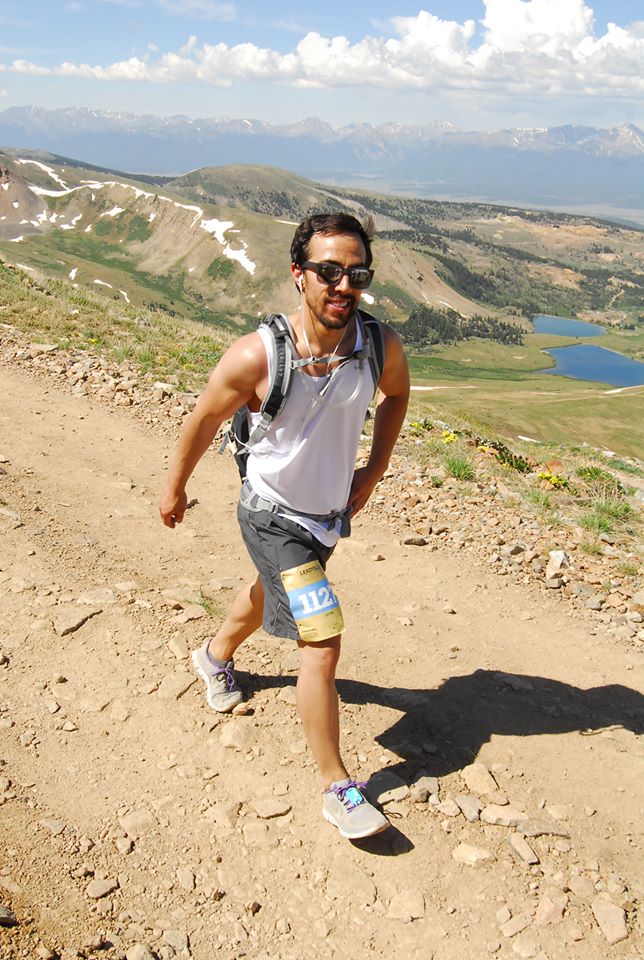 Week Before My First Race Ever
Guest post by Derek 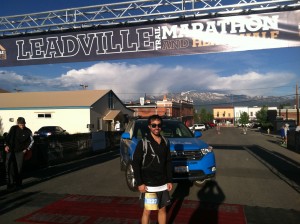 I awoke Friday morning from a vividly bizarre dream. I found myself participating in a triathlon that I was hugely unprepared for. During the running portion, my clothes kept falling off. I would quickly redress but would reappear butt naked. I shrugged it off and raced forward barefoot. When it came time to bike, I found it in pieces. I frantically tried to build it up but pressed for time, I decided to race the bike without handle bars. The race abruptly ends along with me crashing the bike into a pond. I awakened.

Going through the morning rituals, I fire up Twitter to take a quick browse. I see a tweet come in from Alex on just completing a run. It reminds me of the dream. I took it as a sign that I needed to get some altitude training in before pacing Alex in this year’s Leadville 100. I reply to his tweet, “Open for a trail run next weekend?”. Alex replies, “Sure! You can come join me in the Leadville Marathon next Saturday.” I initially laughed at the idea. Me, run 26 miles? Yea right! Alex informs me that there is a Half-Marathon portion as well. This sparked my interest. 13 miles, how much harder can it be? My longest training run prior was 10 miles on a treadmill in late May.

With a combination of the dream, Alex’s tweet, and my spontaneous behavior, I decided to go for it. This was literally a decision made within minutes of the proposed opportunity. What did I have to lose? It has already been a year of new life experiences and this followed suit. I proudly told Alex the good news and he responded ecstatically, “F*** yeah! Running in Leadville will change your perspective on everything.” I heard what he said but didn’t realize the significance behind it at the time. In just over a week, I would be participating in an event that I would have laughed about if you told me 6 months prior.

It didn’t take long before Alex spread the good news through social media. It was at that moment that I found out the race was actually 15.5 miles. That’s only 2.5 more miles. Not a huge deal, I thought. Little did I know. Later I would realize that the last 2.5 miles would be the most challenging physical and mental battle of my entire life.

So here I was, spontaneously setting a goal so far above my previous achievements, that it shocked my friends and family when they heard about it. I knew that if I wanted to complete this run successfully, I would need to mentally prepare, physically rest, and seek advice.

I got started on Saturday with a relaxing day at the pool. It gave me time to kick up my feet and begin the mental preparation: taking possession of my own mind and directing it toward my desire to finish the race. Simply put, a positive mental attitude. 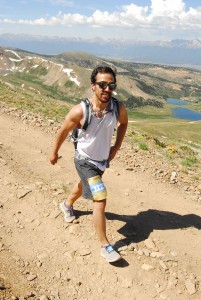 I spent all week envisioning what it would feel like to finish the race emotionally and physically. I focused all my energy towards positive thoughts down to the tiniest detail. I repeated the exercise before going to sleep, after waking, and randomly throughout the day. During the active rest workouts, I focused on conserving my energy. I knew I would need it to sacrifice later just to get to the top of Mosquito Pass. I practiced envisioning all the people cheering me on. Imagining the feeling of exhaustion as I crossed the finish line. I even went so far as to close my eyes and imagine waving at the spectators on the treadmill.

If you saw me, smiling and waving with my eyes closed, you would have thought I was nuts, too.

Thursday, just 48 hours away, things began to get real. I felt it in my blood, literally. It began to boil. All the mental preparation was beginning to pay off. I could feel good fortune heading my way. I took Alex’s advice and began carb loading that afternoon. I made sure to get in one last active rest day of training and plenty of sleep that night.

I woke Friday morning fully rested, with less than 24 hours before the big day. I knew without a doubt, with 100% faith, that I was ready to run. I was in such high spirits! I was beaming of positive energy. My stomach was filled with butterflies. An euphoric feeling I have only felt a handful of times my entire life. I knew tomorrow would bring permanent change in the way I perceived the world. I was ready for the next step. I was ready, to be a changed man.

I don’t consider myself to be a runner, but rather an explorer of new experiences.

One Reply to “My First Race, Ever – Guest Runner Thoughts”