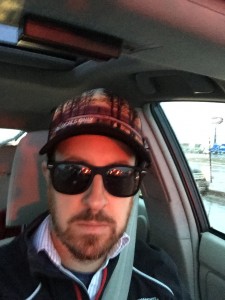 Dude, why do you look so angry?

I have heard this more frequently over the past 2 months. From the starting line of Run Rabbit Run 100 to people at work. I’ll just be standing there in my own little world and someone will come up to me and ask if I’m okay. What the hell?

Generally, I’m not angry. Either I’m exhausted or frustrated.

There’s no question this year hasn’t turned out exactly as planned in the running realm. Big plans for summer training leading to exciting races. That was all squashed in June with the Kenosha incident I’ll call it. I really do love that trail and can’t wait to get back. Yes, I will be stopping at the river and I may or may not have already rehearsed a speech for it.

Work has become a bit overwhelming. I’m doing the work of 2-3 people and feel like I’m being taken advantage of because of it. Also, being around some that are shortsighted and self-focused is difficult for me. I don’t have an ego and have learned, primarily through 50+ miles in the mountains, that there are more things in the world to be concerned about than getting my way. I always say, if you do things for the right reason, then you will be okay.

Of course, many have their own view of what a right reason really is.

Being on staff for the Colfax Marathon is going really well too. In fact, that’s probably the part that lifts my spirits. It is such a positive, can-do, don’t yell at each other, group of people that want to help. There’s no hidden agenda and we lift each other up. The world could learn many things from the running community.

Things at home are busy as always … we have 4 kids. How can it not be? However, we are very blessed to have 4 healthy and smart (sometimes too smart) kids. They have a lot of energy and care about others. There is a lot going on, but I let Google Calendar tell me where to be next so I don’t have to think about that. Most of the time, I’m day to day. If I’m thinking 3 days out, something is going really well.

So why the Resting Angry Face Syndrome? I probably made that up, but I believe I have RAFS. Life is pulling me down and while running helps, I also don’t feel like I can take the time to do that. With the nearly impossible chance for success in the day job and inability to just stop caring, keeping energy level up and running is a challenge.

To determine what to change or cut, normally I would go running. Sounds like I may be taking an unplanned day off in the near future.