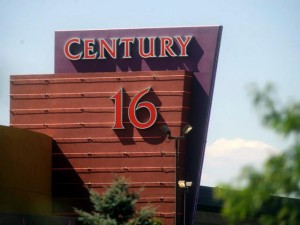 Before the sun came up on Friday, we were packing up the van and moved the kids from bed to seats for our journey east. The dog was full of energy as he knew something was different this morning. It was our annual drive to Ohio for a week with family and friends.

Once we were on our way and the radio was on, it was clear that a tragic event had taken place in our home state. Reports started coming in that there was a shooting at a movie theater in Aurora. That is about 25 minutes from our house. The specifics were still a little vague and scattered, but it was clear that people had died. Someone had walked into a dark movie theater, released smoke, and began shooting at people sitting in their seats. Throughout the day, as we drove for 10 hours, more details would be released.

Much more information will begin surfacing on this person. Everything from what he did the week and months before to his childhood to his best friend in 1st grade will be discussed. People want to understand what kind of person and mentality leads to such senseless violence. As of right now, it appears to be that he did not target specific people.

Many people have said we need stricter gun laws and penalties to deter people from committing horrible crimes like this. Go back to the old days of hanging people in the town square to let everyone know that’s what happens. Drag them through the streets being pulled from a horse.

But here’s the thing: crazy people don’t care about laws or consequences.

You can create any law you want, but people with a distorted view of the world around them will do whatever they want.

What it takes to make a change in the world is for everyone to notice what’s around them. Lift your head from your iPhone and notice the people walking by. The coffee shop you go to everyday … take a moment to find out the shop workers’ names. Say hello to more people. Smile more.

There are 7 billion people in the world … there will be different views. Some will call you names because you have a different opinion (see our political landscape), but others will be open to discussion. It doesn’t take very long to determine how someone feels about a particular topic. Many are very passionate about not changing anything.

Already people are talking about the 2nd Amendment. My thoughts on this is that the text was written at a time we were overthrowing the government. Information was not communicated quickly and the population more spread out. There is also the fact that their guns shot 3 bullets a minute … we now have guns that shoot multiple bullets a second.

At the end of the day, you can ban all the guns you want, but it’s still the person with the gun that makes the choice. Just as someone gets drunk and drives their car into a crowd full of people. The car didn’t make that happen.

On my 9 mile run this morning here in Ohio, my thoughts were with the victims and their families back in Colorado. The tragic event certainly made me hug my family a little more then normal. I called friends I hadn’t talked to in awhile. Here’s the thing though … we shouldn’t need a tragedy to show we care. Let’s make it a point to treat every day as it is the last. Go for it.