It was hot. It started at 8a. There were hills. And it was hot. 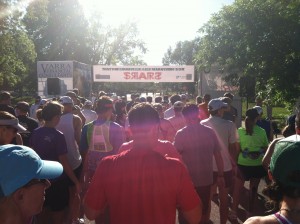 I signed up for this half marathon 4 days before the start as a way to get my family out to the race and ensure I put some time on my feet for the weekend. I knew a couple other people that were running as well that I hadn’t seen in awhile and there was food at the end. Fits the criteria for me to run. This particular half marathon coordinated with the town’s festival for restaurants coming out so you could sample their food. It also started the season for the Farmer’s Marketing. That means great food was waiting at the finish line! My wife and 4 kids would also be waiting for me, so that was a great motivator to keep on moving. Come to find out, I would need that motivation.

The race start was a simple side street with a banner. It was a very casual and calm start. The first mile would take us down Main Street Louisville, Colorado through the vendors setting up for the incredible sampling of food post-race.

In true fashion, I didn’t look at the course one bit. No idea if it would be hilly, shady, or how much dirt. The night before I did a quick read through of the race info. It was quick because there wasn’t a whole lot of info. The site talked about there being a good deal of trail running involved so I decided to try out a new pair of shoes … Newton Trail Running Shoes. I have been running in the regular Newton shoes so didn’t see a big deal with this. 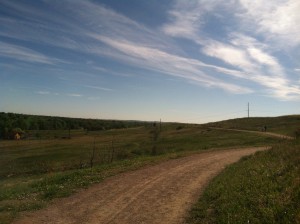 By 8a the temperature had already hit 75 degrees with not a cloud in the sky. That meant it was hot! Looking at my splits now I see that I did the first mile in less then 8 minutes. Uh oh. Second mile was about 8:20. This is going to hurt. I hit the big hill I didn’t know was coming at mile 7. By this time I had drained my handheld bottle (22oz) trying to keep up with the sun. Needless to say I walked half of the hill. I was okay with that as could not beat the view! The backdrop of the hill was an artist’s painting of the Rocky Mountains. It was easy to get lost in the view while continuing to move forward. My concern was turning more towards the fluid intake that I needed. Ever since my DNF at Greenland 50k I have become obsessed with making sure I have enough electrolytes. 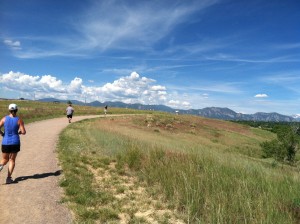 Getting to the top of the hill I could see an aid station at the botom. That was a pleasant site to see. That sun was just making itself very known.

The volunteers at the aid station were great … but they were not runners. I received puzzled looks when I asked for my bottle to be filled. That’s fine as it was a good litmus test to see if I still had my patience and humor. Fortunately kept that the entire race. Snacked on some oranges and made sure to down water before heading out on the 2 mile loop that would take me back to this hill. 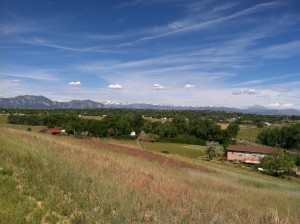 Again, heading up the hill it was hard to miss the view. It was also hard to believe I had another 3 miles to go. Just a 5k. The past few races the last few miles seem to continue being the most challenging mentally. In my head I’m doing math of how much longer it will be until I am at the finish line. I have tried combatting this with thinking about how far I have come, but that seems to make me more tired. Will work on some new mental games there. 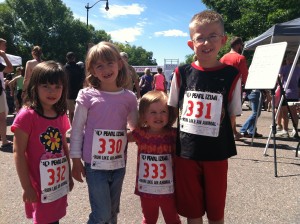 I was happy to see the finish line as I knew my family was waiting for me. It also meant that the kids were going to get to run their race. All 4 kids were interested in doing the fun run which would be a quarter mile distance. They have done no training at all except being kids. When I was a kid, I did a lot of training running around the forest in backwoods Maine. My youngest, almost 3 years old, seems to like to run laps around the cul de sac. She’ll do 15-20 laps non-stop just going and going. Her arms getting pumping, little legs moving, and talking to herself along the way.

They all lined up ready to go and took off like a bolt! Here’s a video showing the awesome energy these kids had:

At the end of the day it was a great family outing and important training for Leadville. Again, realized I have to eat more and figure out how to make sure I do that. Prior to the race I had 2 pieces of toast and during the race 1 GU. That’s about 350 calories coming in and over 1,500 calories going out. Not a good equation.

I must say, I was pleased with the race bling as wasn’t sure what to expect: 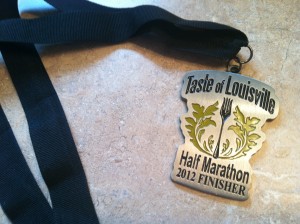